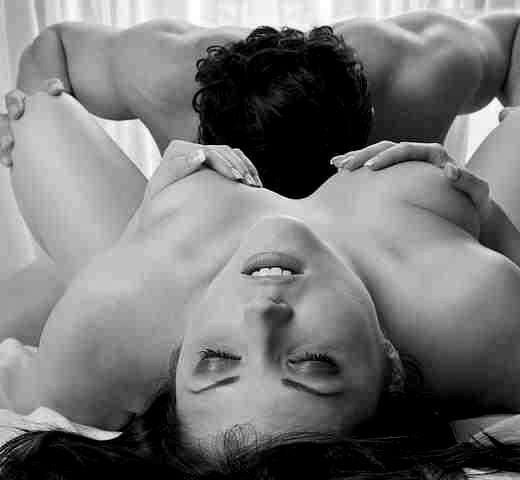 I have been talking to a guy online for a while, before deciding to meet him for lunch. He was all over me online for a good few weeks before actually asking me out… at some point I wondered if he would ever ask me out, but he did. It was a strange invite too. He started by asking me thousands of questions, about my availability, my schedule, best time of the day, how long I can stay out, etc. etc… to the point that it pissed me off and I said “lots of questions … and still no invite … never mind”. I didn’t want to appear as a total bitch and explained to him that there was no point of asking me all these question if there was no invite. I told him that it doesn’t work well this way, because if I don’t like the invite, all questions don’t matter. On the other hand, if I do like the invite, then I will fix my schedule to make it work, and even adjust it to fit his, to make it easier to meet. He agreed with me, and told me that he wants to invite me for lunch on the patio at Kelsey’s. I still had a strange feeling about it, but let it slide for now.

We met at Kelsey’s for lunch … the weather was perfect and patio was empty! The lunch was rather typical. We had some wine and shared some quesadillas and deep fried cauliflower. He was a gentleman, talked about his life and asked questions about mine. When lunch was over, he thanked me for a wonderful time, told me that he would want to see me again next week, kissed me on the lips and wished a safe drive home.

The communication continued online where he kept saying how much he wants me … all the way! He offered champagne and strawberries in the room at the nice hotel. I still had a weird feeling about the whole thing, but couldn’t figure out what it was. The strange part was that he kept telling me how much he wanted me, and sending me his half nude selfies (no dick).

I met him at the hotel lobby, and we went upstairs together. I was wearing a beautiful white lace lingerie and a white dress. He complimented me on my dress and gave me a kiss while we were riding up in the elevator. The room was very nice, bright, clean with modern and stylish decor.

The champagne had finally got into the glasses and he joined me on the bed. He toasted and we drunk the champagne and ate berries that he brought in a little container. It was nice and pleasant…. and he kept talking and talking … until I put the champagne glass on the night stand and looked at him “sexy”. I pulled him on top of me, removing his shirt. His shirt was off and we were in bed kissing. He was a great kisser, and I was enjoying it. I was still fully dressed and waiting for him to do …. anything other than kiss me on the lips. Very slowly he started moving down towards my breast, unbuttoning my dress. It felt sexy and I moan with pleasure. It took him forever to unbutton my dress, kissing and licking me all over after each button. It was great, but a bit too slow for my liking. I took the dress off, saying that I didn’t want it to get wrinkled. He took his time and kept kissing me all over. At that point I was horny and I was ready, wanting a bit more action than kissing. My bra was pulled up, sitting uncomfortably around my neck, and my panties were still on. I took both off … by myself.

His head got into between my legs … and he was good at it, hitting all the right spots. There … I didn’t mind him taking his time and going at it all the way for my pleasure. I was moaning … my eyes were closed, periodicaly peaking at him. He was clearly enjoying himself, and so did I. He wasn’t holding back, and I liked it. It’s actually the worst thing when a man holds back, licking on top of your clit only, not going down all the way. In that case its better if he doesn’t go down on you at all, than just doing it superficially. The real man should go down on you all the way, and even “all around the globe”. He was all good in that department!

Well … he was still down there … to the point that I started to understand how is a “too much of a good thing” feels. I gently pushed him off and started crawling towards him. He grabbed me and sat me on top of him, while he was sitting on the bed. It was a very sexy move, and I got excited. I wrapped my hands around his neck and my feet were wrapped around his body. I was wet, on his lap, inviting “him” in….but “he” was in no condition to go in.

I pushed him on the bed and went down on him… the man needed help down there. As soon as I took his softie into my hand and made a first lick, he said that I will make him cum right away. I looked at him with the big smile, and said that I didn’t even started yet. As I was saying it, I felt a warm liquid running down my fingers. I couldn’t believe my eyes … I was shocked … nothing like that has ever happen to me before. I said “Are we done here?” He didn’t reply, of course. Probably, it was a mean thing for me to say, but it was so unexpected that I didn’t think, and just blurted it out. It was an awkward moment.

On my way back home I was feeling sorry for the guy, because he was a really nice gentleman. It’s been 5 days since the date and he writes to me everyday, saying how much he enjoyed me and how delicious I am. Today he invited me to meet him at the same hotel next week. What do I say, so it doesn’t hurt his feelings too much? … Should I even care? Does he care, inviting me over, knowing that he can’t perform? Or does he think I should settle for whatever he’s got? That’s totally selfish of him and not fair to me. I love sex in all its forms and see no reason to deprive myself of any, just because a man can’t participate in certain parts of it. It that case I would rather find myself another man. There are thousands of ways to make a girl happy, excited and satisfied, and it might not necessary involve sexual intercourse….the guy just needs to be generous, open-minded, creative and an adventurous person, and those a very rare traits these days.

2 Replies to “Champagne and berries”