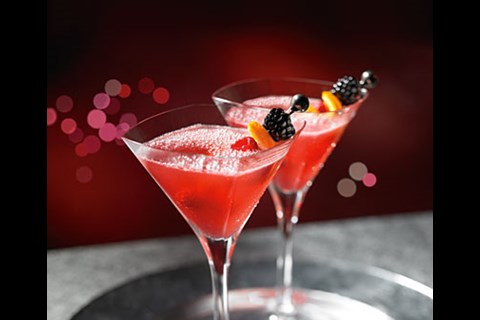 I have a new man! We’ve met a few times so far … and it’s going wonderful.  No, wonderful it’s not the right word, it’s hot and sexy!
Our first date was at ‘The Keg’ on the patio outside. It was a late Sunday evening and I was running late and he was already there, waiting.  The mood was playful and sexy, from all previous conversations online.  I decided to dress provocatively into a yellow satin slip-on dress, that resembled the night gown…and heels, of course.  My hair was perfect, my eyes were sparkling with lust; I sprayed a touch of perfume and went.
I recognized him right a way. He looked the same as on pictures (which was a relief), was wearing a white shirt and sitting at the table on the patio. I parked my car and proceeded towards the restaurant patio. As I was walking towards the table, he watched and smiled. There were beautiful flowers waiting for me on the table, and I appreciated the gesture.  We greeted each other …. and then there was a moment of silence.  He was just staring at me … without saying a word.  It was unexpected, because I really enjoyed talking to him online.  So … I started talking, and after a few minutes he was pleasantly conversing and making jokes.  Later, he explained what happened … and i thought it was sweet.  He told me latter, that when I walked towards the table, I irradiated ‘sex & lust’ and when I got to the table he was already undressing me in his mind.  We ordered some appetizers and a couple of Martinis. Sipping Martinis we chatted about life, weather and other things. He was a gentleman, but his eyes were not cooperating and giving away the passion and desire for hot crazy sex. The way he was looking and desiring me was lighting the fire inside me, increasing my heartbeat and clouding my mind with all kinds of erotic images. During the second round of Martinis, Mr. IK took a pause and asked me if he could make a suggestion. My heart skipped a beat, as I knew what the suggestion would be. He said that he would love to extend the pleasure of this evening over the Champaign and cherries at the nearby hotel. As he proceeded to explain that there are no obligations and no expectations … I just said “OK”. His eyes lit up, he smiled and asked the waiter for a bill.

In about 20 minutes or so we were ridding up in an elevator in the nearby hotel. I was feeling excited and a little nervous. He looked calm and confident.

The champagne was in glasses and cherries were on the table. I was sitting on the little couch sipping champagne … he approached me and put himself into a squatting position right in front of me so that my knees were right in front of him. It was a moment of silence and anticipation.

He picked me up and gently put me on the bed. The love making was slow and sensual. He was in no rush and was savouring every moment. Going down on me, he was gentle and soft, kissing and exploring me with his tongue. My sweet aroma was intoxicating him and he was getting excited. He showered me with kisses all over the body, licking and nibbling on my nipples. I was on fire, wet and ready for action.

All the clothing was on the floor as we were naked rolling and cuddling in bed. I was clearly inviting him over, ready and open, but … he was clearly in no rush to go in. He was nervous and it was affecting his performance. I could see that he was getting a little upset, so I turned him over onto his back and ‘took the matter into my own hands … and mouth’. I rescued him with my lips and my tongue, feeling him ‘coming alive’ in my mouth. The sex was sensual and very pleasing. Although short, it was very sweet and pleasurable. There were no fireworks, but he was a true gentleman and I felt that it was just the beginning. As we were saying ‘Good Bye’, he invited me for dinner, for some Champagne and fresh Oysters. It sounded exciting and very promising.