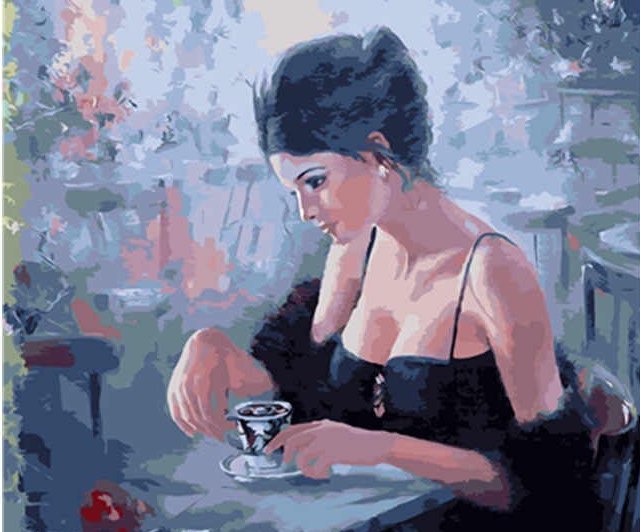 On a sunny September weekday, I met a guy for lunch. It was our first meeting in person, after talking online for few weeks.

He was a bit older, but very nice, polite and in great shape. He met me outside the restaurant and accompanied in. The restaurant was almost empty, we got some wine and the conversation started. The most common questions I get asked in the first few moments are: “Have you had an affair before?” “What brought you to the site?” “How do you find the dating life?” “What are you looking for?”, etc. So this time, was no exception. After I responded, it was his turn.

His response was: “Actually, my wife has a boyfriend”… well… that was the first for me, and very unexpected. According to him, his wife was seeing someone for the last few years, and now he wanted to get into the game himself. He was very excited about his wife’s affair, telling me how much he supports and encourages the whole thing. When I asked him “Does she know you are here … or that you are doing this (seeing women)”. He said “No, she doesn’t know”. “Are you going to tell her?” I asked … he said “not now, but I guess I will have to, eventually”.

It was very strange and as the conversation proceeded, more and more things were not adding up. He was becoming overly excited, to the point of being obnoxious telling me how it is his dream to see his wife with two guys or have a treesome with his wife and another girl. I was just sitting there sipping my wine, thinking WTF am I doing here? … at least the wine was good 🙂

In the evening of the same day, I got a message from him: “my wife just got home after being out with her boyfriend and I fucked her hard”…. I never responded.

I thought about it that evening and the whole thing became very clear. There was no boyfriend, it was all his fantasy, about the wife having a boyfriend and about the sex afterwords. His thrill and extreme fascination with sexual adventures can only mean one thing … he is not having any, and his wife most likely doesn’t know anything about it either.

2 Replies to “My wife has a boyfriend”